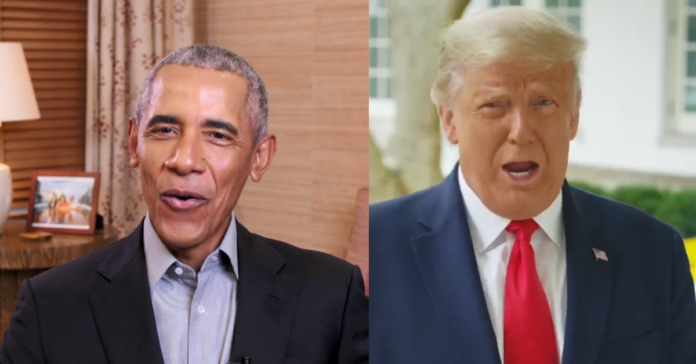 Kimmel jokingly asked Obama (about Trump’s refusal to concede) if there were places in the White House that people could hide so they couldn’t be removed.

“Well, I think we can always send the Navy SEALs in there to dig them out,” Obama gloated.

“Do you feel that when you congratulated Biden and Senator Harris that you were premature in doing that?” Kimmel asked at one point.

“No, I thought I was right on time,” Obama said.

Obama did have some kind words for former President George W. Bush:

“When I came in, we were in the middle of a big crisis, the financial crisis. George W. Bush, he and I had obviously big policy differences, but he’s a good man, he’s a patriot,” Obama said.

“And he ordered everybody on his team to work seamlessly with us on the transition. Could not have been more gracious.

“Could not have been more helpful.

“And that actually helped us be able to get a head start on trying to stem what could have been a great depression instead of a great recession.”