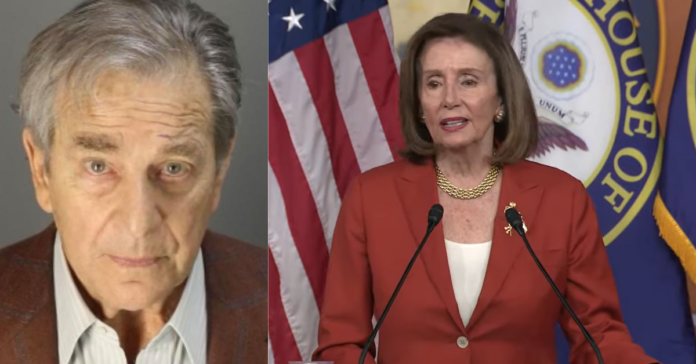 The missing mugshot has been released. Speaker Nancy Pelosi’s husband Paul’s mugshot was finally released by authorities after a long delay. They released it two weeks after he was arrested for drunk driving.

Paul Pelosi, 82, was busted around midnight on May 28 in Napa County, California. He was charged with one count of driving under the influence and another for driving with a blood alcohol content level of 0.08 or higher.

Fox News host Jesse Watters led the charge to get the mugshot released. Jesse said: “We have already told you the Pelosi’s are about as corrupt as families can be. And now the long arm of the law has finally come down on them – but not for what you think.

“Paul Pelosi was arrested this weekend after he blew through a stop sign and slammed his Porsche into a Jeep while Nancy was across the country.

“First of all, have you ever been to a dinner party without your significant other? Me neither. I think there’s more to the story.”

He said Paul was returning home to “the Pelosi vineyard, you know – the one valued between 5 and 25 million dollars, where they entertain all their friends and fancy Silicon Valley executives.”

Watters wanted to see the mugshot but curiously it cannot be found.

“And then we were directed to the county board of supervisors.

“And then when we called the vice-chair of the board, he said why would we have a mugshot?

“All I know is someone’s going through a lot of trouble to keep this mugshot hidden,” he said.

“The Speaker will not be commenting on this private matter which occurred while she was on the East Coast.”

Paul Pelosi is a degenerate and dangerous criminal.