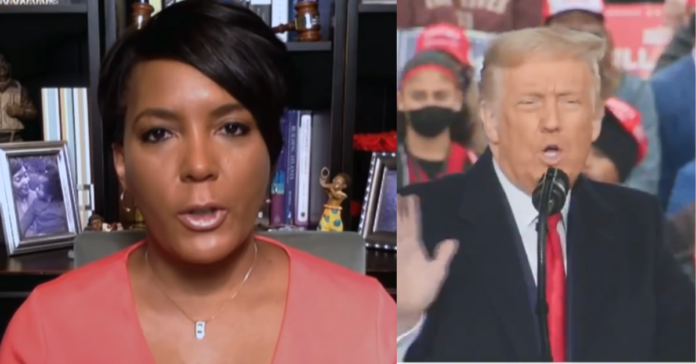 After giddily trashing Trump with Cooper she doubled down and said the President of the United States would “eat his own children.” If it would help him.

“He will eat his own children, I’m sure, if he found it prudent,” she said.

“He’s now picking a fight with Brian Kemp the governor who he was closely allied with,” she added before claiming Trump would “turn on anybody if the situation warrants it.”

You can say what you want to about President Trump but no one doubts he has a very close family.

If you have ever watched the interviews Don Trump Jr. has done with his dad you surely have noticed the way they joke around (and the way he gets under the old man’s skin) is a warmth and comfort and an example of a close family bond you just cannot fake.

"He will eat his own children, I'm sure, if he found it prudent," says Atlanta Mayor Keisha Lance Bottoms of President Trump turning on members of the GOP that don't support his agenda.

"He's now picking a fight with Brian Kemp… the Governor who he was closely allied with." pic.twitter.com/uwBwVuvajt