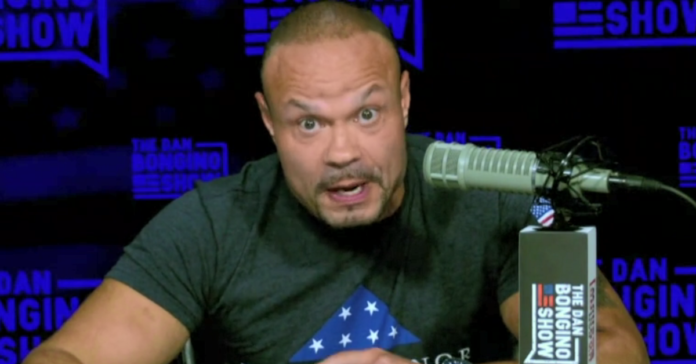 Apple is putting the squeeze on the app Parler and is threatening to ban the app from its platform unless the service starts censoring posts.  “

“Most of the content that Apple found objectionable, which was against our TOS was already banned by the time we received communication,” Parler CEO John Matze said.

“The entities pressuring Apple to remove Parler are doing so out of political motivation. They seem to be entirely against the concept of free speech and against democratic ideas such as debate and discourse.”

The Apple Resolutions Center message sent to Parler (screenshot below) reads: “We require your immediate attention regarding serious Apple Store guideline violations that we have found with your app, Parler.”

The admin says “numerous complaints regarding objectionable content in your Parler service, accusations that the Parler app was used to coordinate, plan, and facilitate the illegal activities in Washington, D.C. on January 6, 2021 that led (among other things) to loss of life, numerous injuries, and the destruction of property.”

“Please remove all objectionable content from your app and submit your revised binary for review,” they said.

“Such content includes any content similar to the examples attached to this message, as well as any content referring to harm to people or attacks on government facilities now or at any future date.” 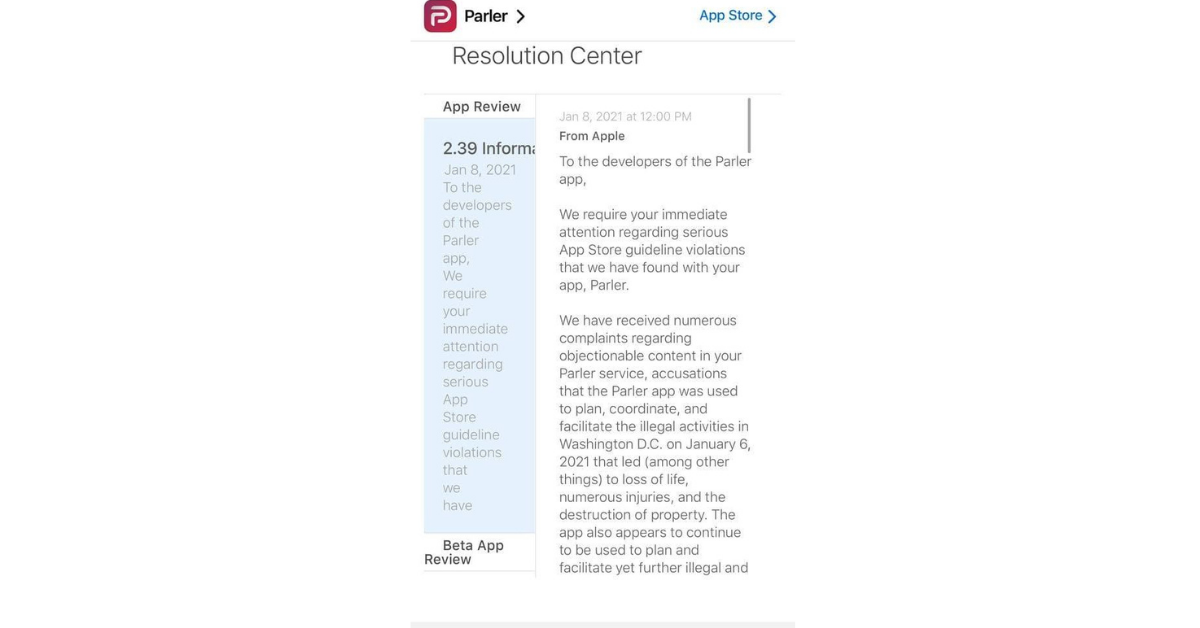 Lindsey Graham Releases Russia Probe Docs: “I believe that Crossfire Hurricane was one of the most incompetent and corrupt investigations in the history of...