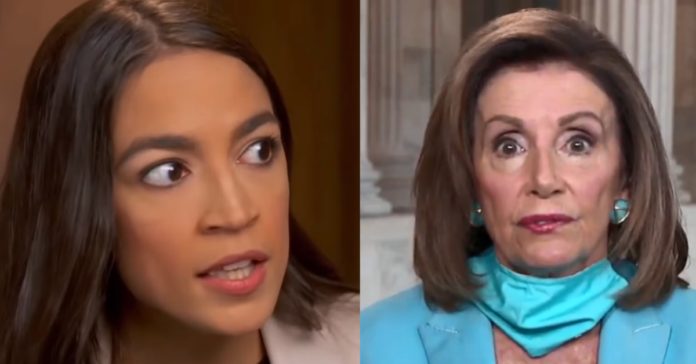 “I mean, it’s so backwards, right?” Ocasio-Cortez said. “This just goes to show why the progressive movement is so important right now, because it defies all logic to me, especially when we’re talking about policing.”

“There is an ideological diversity in the party, and right now the top of the ticket is in the more conservative part of the party,” Ocasio-Cortez said.

“That’s the reality. And it’s on us to push. This is just an acknowledgement of the fact that it’s not good enough to just think that we can pull a lever for any Democrat and expect these issues to happen,” Ocasio-Cortez said.

“There is an ideological diversity in the party, and right now, the top of the ticket is in the more conservative part of the party, and that’s the reality.”

“No, no, I’m not confident, because I do know that this is an issue that is just, frankly, it’s very unique to him,” Ocasio-Cortez said of her faith Biden will take up the cause.

“His attitude towards it is very personal, and it’s been shaped over decades of attitudes towards marijuana. And that doesn’t just change when you present someone with research and popular support.”

“The progressive movement, you know, we continue to be at the forefront of the party,” Ocasio-Cortez said.

“Making sure that the ideas and frankly, the rights and the issues that we’re going to be contending with the next generation, we start to address right now.”

“In this issue, it’s not even about being futuristic or next generation,” Ocasio-Cortez said. “This is an idea whose time has come.”

Young people do not vote and AOC is correct that putting legal weed on the “ballot” would help bring out more Dem voters as has happened in the past in Colorado and other places.

But Alexandria Ocasio-Coretz was not the only one pushing for this – Matt Gaetz was as well.

“I’m trying to get my party to move forward. I don’t know why the Democrats are moving backwards,” Rep. Matt Gaetz (R-Fla.) told The News Station after casting a vote on the House floor.

Abolishing ICE isn’t a radical thing to do, it’s a humane thing to do. https://t.co/3g4v0cec5t