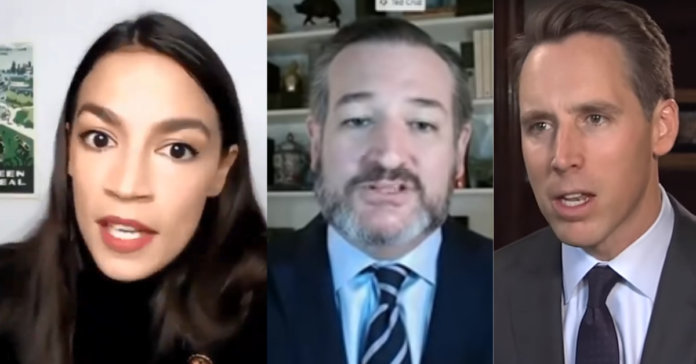 “And that is why I have demanded the resignations of Senators Ted Cruz and Josh Hawley, and Republican Minority Leader in the House McCarthy, Kevin McCarthy, along with many others, because this is not just about political opinion or partisanship.”

“This was about the abandonment of our sworn oath,” she added.

“For what?” she asked. “For personal ambition? For greater loyalty to a base?”

“And so, I want to be clear to Senator Ted Cruz, you do not belong in the United States Senate.”

“But this isn’t about the truth to them. This is about if they want to be president in 2024. Let me give you a sneak peak. You will never be president.”

“You will never command the respect of this country. Ever. Ever. And you should resign. So should every member of Congress that voted to overturn the results of our election.”