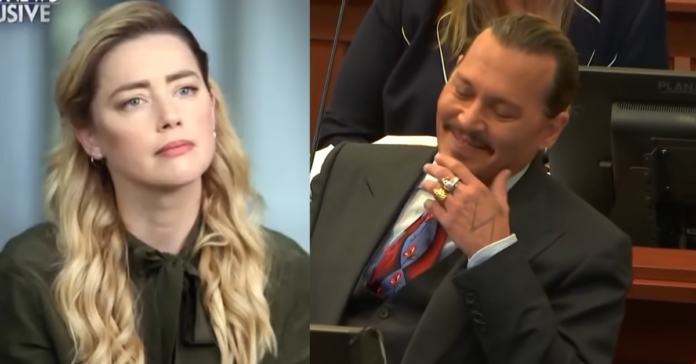 Amber Heard just got some terrible news from down under. Her legal troubles are not over and could be getting worse. Weeks after losing to her ex-husband, Johnny Depp, in a defamation trial multiple media outlets are reporting that Heard is still being investigated over allegations of perjury in Australia.

She testified in court proceedings for a case in 2015 over the illegal importation of her two dogs into Australia.

The spokesperson confirmed to ET that the case is “ongoing.”

Depp said about the case in September 2015: “We were under the impression we had all the paperwork done for the dogs.

“We were there with the dogs in front of everybody.”

“Heard and Depp were still married in May 2015 when she brought their two dogs, Pistol and Boo, into the country without declaring them, despite the country having a strict quarantine policy.

“The Yorkshire Terriers failed to go through customs and adhere to Australia’s required 10-day quarantine.

“In July 2015, the actress was officially charged with two counts of illegally importing the animals, but after pleading guilty to falsifying travel documents in court, the case was closed.

“Despite the case being closed, a spokesperson for Australia’s Department of Agriculture, Water and the Environment told E! News in October 2021 that “the department is seeking to obtain witness statements and once obtained, the Commonwealth Director of Public Prosecutions will consider whether the evidence is sufficient to warrant pursuance of the matter.”

The department’s perjury investigation stems from testimony given by a former employee of Depp during his UK libel case against The Sun newspaper in 2020.

Depp’s former estate manager Kevin Murphy raised eyebrows Down Under when he told the London court that Heard had ordered him to lie on oath after she flew the pets into Queensland in a private jet without declaring them.

Pistol and Boo should have been declared to customs and placed in 10-day quarantine but their arrival went undetected for several weeks until a grooming salon posted snaps of the cuddly pair to Facebook.

Depp and Heard were given 72-hours to send the dogs home or face having them seized and euthanized.

Heard eventually pleaded guilty to the lesser charge of falsifying an immigration document and accepted a fine of 10,000 Australian dollars ($7,650) after her lawyer, Jeremy Kirk, insisted that the paperwork for the dogs had ‘slipped through the cracks’ and that there was ‘no attempt to deceive’.