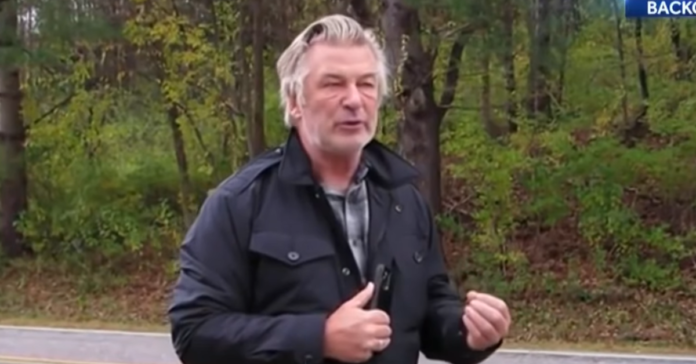 Alec Baldwin snapped and publicly threatened a man on Twitter who made a joke about Alec’s tragic shooting on the set of his movie Rust. Alec started off by trashing former President Trump on Twitter.

Alec said about Trump: “Trump tried to choke a Secret Service agent. I mean…what more do you need?” Baldwin was commenting on testimony before the Jan 6 Committee by Cassidy Hutchinson, an aide to Mark Meadows.

Mike Williams fired back at Baldwin: “Better than shooting your cinematographer.” Alec did not like that and threatened the man.

“When I am eventually not charged with any crime, I’ll come find you so you can apologize. I’ll find you Mike.”

Mike fired back with:

“This is the best day ever. Come and get me. I’m waiting Alex”

“Once these investigative components are provided to the sheriff’s office, we will be able to complete the investigation to forward it to the Santa Fe district attorney for review.”

Just posting this for the memories. pic.twitter.com/AkdW5FXhD5

Better than shooting you cinematographer 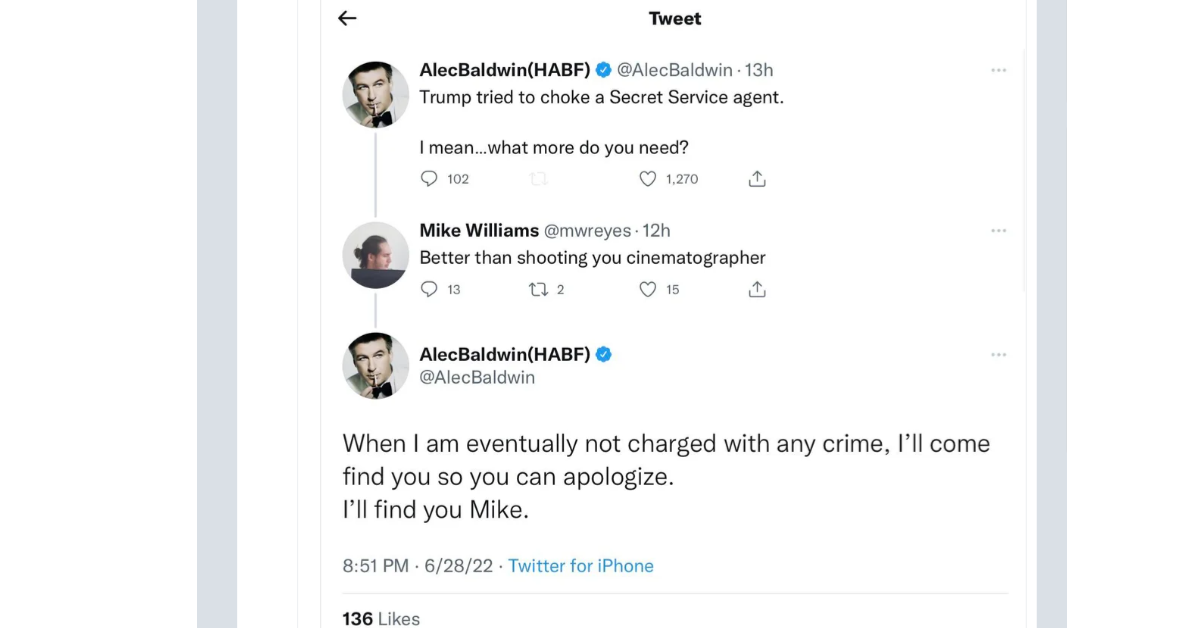