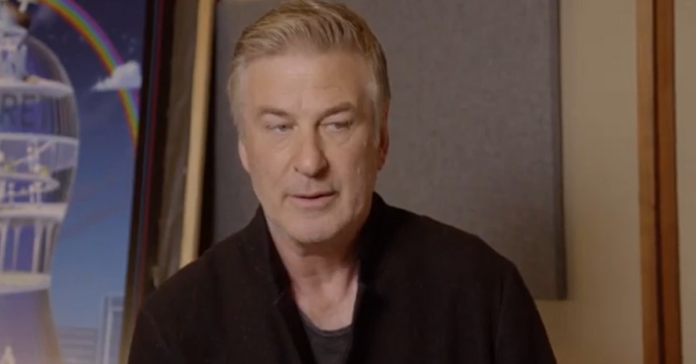 As police continue their investigation into the tragic death on the set of Alec Baldwin’s new movie, what we are learning is not good for Alec. Alec was one of the producers which means the buck stops with him, he was also the star of the movie, so he had more power than anyone on that set.

Besides being the star and producer, he was the one who shot the gun that killed Halyna Hutchins adding to his legal exposure. According to what we know, Baldwin was handed a gun by a worker who yelled, ‘Cold gun’ to signal the gun was safe.

Alec should have checked the gun himself, but the movie has procedures and if he followed them he will probably avoid any criminal charges.

But if the set was toxic, as some are reporting, causing an unsafe working environment then it is possible criminal charges will be filed against someone, but it is a certainty that a civil wrongful death suit will be filed.

Alec, as the producer and the gunman, will be a target of any suit.  Because we are learning the set was plagued with problems causing production crews to walk off the set in protest at least one time, if the Hutchins’ family sues they have a good chance of winning.

If noted hothead Alec was behind the walkouts and frustrations of the crew, and if his arrogance was behind bringing in replacements for the crew rather than try to fix what was wrong, he is going to be in for a long few years only to have his bank account cleaned out after he loses in court.

An unidentified crew member told the LA Times that Hutchins had been advocating for safer working conditions for her team.

The newspaper reported that a half-dozen camera crew workers went on strike Thursday to protest their working conditions.

The crew reportedly showed up as scheduled at 6:30 a.m. but began gathering up their gear and personal possessions to leave.

A settlement was apparently reached because the Times reported that the workers — members of the International Alliance of Theatrical Stage Employees — later spent about an hour setting up their gear.

But several nonunion workers reportedly showed up to replace them, and a member of the production staff ordered the disgruntled crew to leave.

The production staffer threatened to call in security to remove the workers if they didn’t go voluntarily, according to the Times.

Thursday’s fatal shooting took place about six hours after they left, according to the Times.

“Corners were being cut — and they brought in nonunion people so they could continue shooting,” the knowledgeable crew member told the paper.

In addition, the Times said various crews on the low-budget Western were promised lodging in Santa Fe but were told shortly after filming began on Oct. 6 to stay overnight in Albuquerque, about 50 miles away.

On Tuesday, Hutchins posted a photo of the movie’s cast and crew to Instagram, along with a shoutout to her union.

DailyMail.com spoke with the crew member who ranted on social media about the deplorable work conditions that led union members to walk out hours before the fatal accident.

‘I am literally on the show in New Mexico with him and the producers on that movie are treating the local crew like f**king dog sh*t,’ he wrote in one post earlier this week.

‘At the moment I’m fighting to get my crew, on this movie, hotel rooms when we go long or are too tired to drive the hour back from location to Albuquerque,’ he wrote in another. ‘They either say no or offer a garbage roadside motel….’

Reached by DailyMail.com and shown the posts in question, the member, who lives in Albuquerque, N.M., didn’t deny he wrote them. But he wouldn’t answer follow-up questions, saying he didn’t want to interfere with the police investigation.

‘I can’t speak to anything until I know that the police have the strongest possible case against the people who are ultimately responsible for this,’ he told DailyMail.com.

Jonathan Turley Demands Liberals Leave Kyle Rittenhouse’s Education Alone: “His education should not be treated as a vehicle for collective extrajudicial punishment”

Kyle Rittenhouse Puts Joe Biden On Notice: “It’s actual malice, defaming my character for him to say something like that”