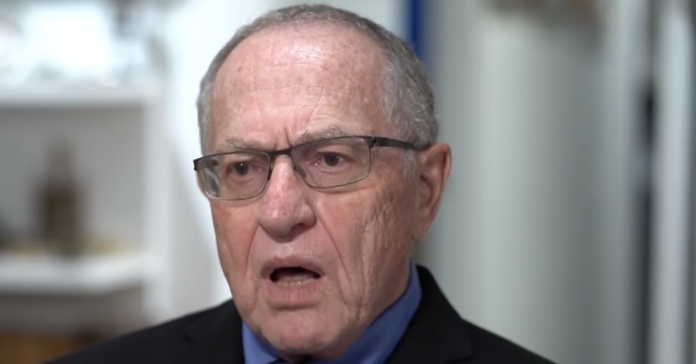 Harvard professor and legal expert Alan Dershowitz ripped the House Dems impeachment tactics saying they blew it. “Today the Democrats really blew it. Maybe now they’ll regain their strength but up to now, today was a complete waste of time,” Dershowitz said.

“They made a very effective emotional argument Wednesday, and instead of leaving it, they went on and droned on and on and on and repeated what they said yesterday and showed the same things and made the same arguments,” he said.

“They going to cite 144 law professors who say that to even offer the First Amendment argument is frivolous, and legally frivolous, and shouldn’t even be allowed,” Dershowitz said.

“They’re going to argue, they already have, Jamie Raskin taught Constitutional law, and he would never accept that argument in his class,” he added.

“Well, I’ve also taught law and constitutional law, and practiced it and litigated more First Amendment cases than anybody in that room, and let me tell you, the First Amendment argument is strong, powerful, overwhelming, and correct,” Dershowitz said.

“They would have been much better advised if they had just started today by saying, ‘Let’s get to the First Amendment issue. Let’s anticipate.”

“I’m not sure whether they get a rebuttal. If they get rebuttal then they really shouldn’t even raise the First Amendment issue.”

“They should wait until it’s raised by the Trump defense and then rebut it. If they don’t get rebuttal, if their arguments are over today and then the defense gets the last word, then they have to anticipate it,” he said.

.@AlanDersh says "Everything we heard today helps Donald Trump's case…the Democrats are playing right into the hands of the argument about the First Amendment." @HeatherChilders @BobSellersTV https://t.co/VlT7z8drtO pic.twitter.com/58cwgZ4gE0