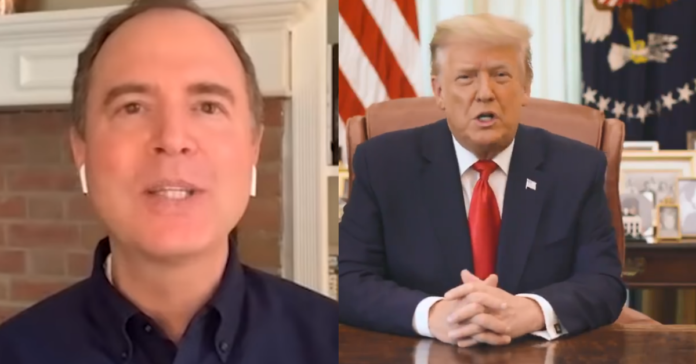 Schiff joined one of Trump’s own appointees – Sue Gordon – who first made the call to deny Trump any intelligence briefings in the future.

In an interview with CBS’s “Face the Nation,” Schiff agreed with Susan Gordon who was Trump’s former principal deputy director of National Intelligence.

“There’s no circumstance in which this president should get another intelligence briefing, not now, not in the future. I don’t think he can be trusted with it now, and in the future he certainly can’t be trusted,” Schiff said.

The intelligence committee chairman went on to suggest that he thought that U.S. allies had begun withholding intelligence from the Trump administration due to fears about the president’s ability or willingness to keep such intelligence private, a prospect Schiff said “makes us less safe.”

Gordon, who left the Trump administration in 2019, wrote in a Washington Post op-ed on Friday that President-elect Biden should move to deny Trump intelligence briefings after Trump departs from the White House.

“My recommendation, as a 30-plus-year veteran of the intelligence community, is not to provide him any briefings after Jan. 20,” she wrote.

“With this simple act — which is solely the new president’s prerogative — Joe Biden can mitigate one aspect of the potential national security risk posed by Donald Trump, private citizen.”

Schiff has been a top critic of the president for years and joined other Democrats and some Republicans this week in voting for a historic second impeachment of the president, which now heads to the Senate for a trial.

NEWS: “There’s no circumstance,” in which #Trump should receive another intelligence briefing once he leaves office, @RepAdamSchiff tells @margbrennan, saying the Biden team should cut off his briefings.