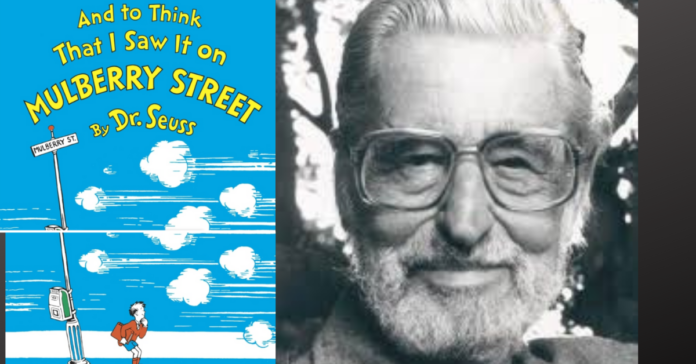 Six Dr. Seuss books will stop being published after the hysterics on the left struck again. They really have no idea how this PC cancel culture nonsense will backfire on them in 2022 and beyond. But it will – enough is enough. True, Dr Seuss Enterpries made this decision but it came after numerous complaints that led to wide-ranging discussions.

“Dr. Seuss Enterprises listened and took feedback from our audiences including teachers, academics and specialists in the field as part of our review process. We then worked with a panel of experts, including educators, to review our catalog of titles,” it said.

The books that will be yanked from the publishing house are: “And to Think That I Saw It on Mulberry Street,” “If I Ran the Zoo,” “McElligot’s Pool,” “On Beyond Zebra!,” “Scrambled Eggs Super!,” and “The Cat’s Quizzer” will no longer be published.

The National Education Association, which founded Read Across America Day in 1998 and deliberately aligned it with Geisel’s birthday, has for several years deemphasized Seuss and encouraged a more diverse reading list for children.

School districts across the country have also moved away from Dr. Seuss, prompting Loudoun County, Virginia, schools just outside Washington, D.C., to douse rumors last month that they were banning the books entirely.

“Research in recent years has revealed strong racial undertones in many books written/illustrated by Dr. Seuss,” the school district said in a statement.

In 2017, a school librarian in Cambridge, Massachusetts, criticized a gift of 10 Seuss books from first lady Melania Trump, saying many of his works were “steeped in racist propaganda, caricatures, and harmful stereotypes.”

In 2018, a Dr. Seuss museum in his hometown of Springfield removed a mural that included an Asian stereotype.

“The Cat in the Hat,” one of Seuss’ most popular books, has received criticism, too, but will continue to be published for now.

Dr. Seuss Enterprises, however, said it is “committed to listening and learning and will continue to review our entire portfolio.”

Numerous other popular children’s series have been criticized in recent years for alleged racism.

In the 2007 book, “Should We Burn Babar?,” the author and educator Herbert R. Kohl contended that the “Babar the Elephant” books were celebrations of colonialism because of how the title character leaves the jungle and later returns to “civilize” his fellow animals.

“Six Dr. Seuss books — including "And to Think That I Saw It on Mulberry Street" and "If I Ran the Zoo" — will stop being published because of racist and insensitive imagery” https://t.co/1ZtvBriyrl