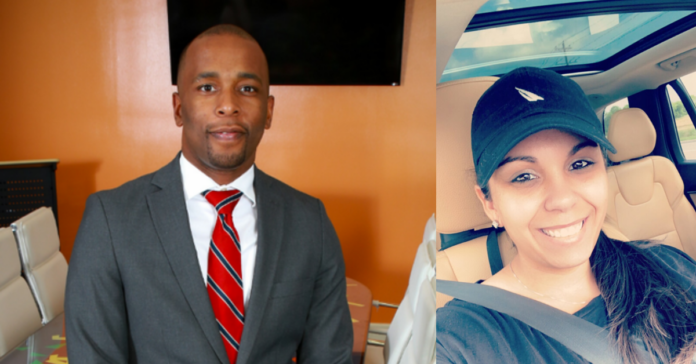 The Democrat mayor of Moss Point, Mississippi, and his wife got the worst kind of bad news when they appeared in court to face charges.

And these are not small charges – Mario King and his wife Natasha were indicted on 14 counts of wire fraud over a scheme to pocket funds meant for a benefit.

The guy has a history of bad behavior – King was arrested on a domestic violence charge that was eventually dropped and he has been sued numerous times.

Moss Point Mayor Mario King and his wife Natasha appeared in federal court Friday morning, where they were arraigned on over a dozen charges of wire fraud.

After the hearing, which was closed to the public, the Kings walked out of the courthouse in downtown Gulfport, following behind his three-person legal team.

“We look forward to our day in court,” said the mayor when asked for a comment.

Before climbing into a BMW528i, the mayor added: “Litigation is a tool that I believe everybody should use the way it should be used.”

The 14-count indictment was filed on April 28, 2020, alleging that Mario and Natasha solicited funds beginning in 2018 from a benefit gala but did not use that money for its intended purpose, which was to support a mental health program for Moss Point School District.

The benefit gala was being hosted by the King’s personal business, Rejuvenate LLC, which they formed together in April 2018. Authorities allege in the indictment that the business’ bank account had no activity on it other than monthly statements until December 2018, when the couple announced plans for the benefit gala.

The invitation to the event, which was to be held on March 23, 2019, stated that the “gala honors and supports organizations that are making a difference for the mental health community. Proceeds support the efforts of mental health in the City of Moss Point with a focus on the Moss Point School District, converting spaces into a therapeutic and innovative learning environment.”

Just weeks after the gala took place on April 8, 2019, Natasha King allegedly used a business credit card from Rejuvenate to make a $2,000 down payment on a Cadillac XTC. The indictment says she returned that vehicle 12 days later and soon after received a refund for the down payment, which she deposited into the couple’s personal checking account.

On April 16, 2019, the Kings reportedly paid off two credit cards – one in the amount of $270 and the other for $475 – which were used to purchase a Biewer terrier in December 2018. The money for those credit card payments was also was taken from gala funds deposited in the Rejuvenate bank account, states the indictment.

On May 1, 2019, Natasha reportedly withdrew $1,000 from the Rejuvenate business account that contained the proceeds from the gala. That same day, the indictment says she took another $2,700 in cash from the couple’s joint checking account, which included $2,000 that was raised at the gala.